Percentages of the number of shares based on the latest public data as of June 2022. 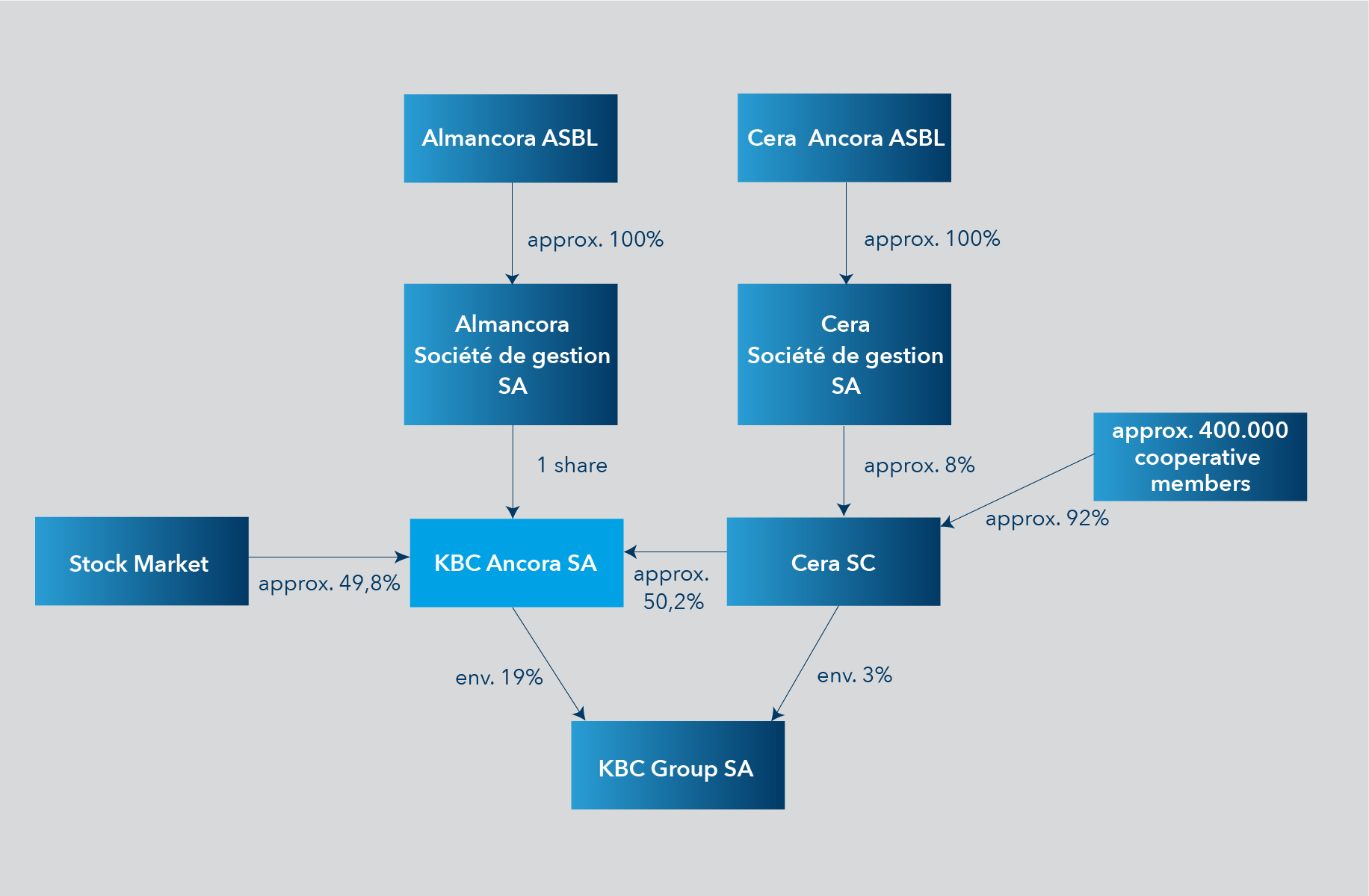 Shareholding as of en of June 2022 based on public data. *including 117,186 own shares bought back by KBC Ancora

Cera Ancora ASBL supports Cera’s objectives and operations by fostering the stability and continuity of KBC Group and by taking initiatives to spread the cooperative philosophy. At least ten members’ representatives of Cera have seats in Cera Ancora, at least four of whom also serve on the Boards of Almancora ASBL and Almancora Société de gestion. What’s more, at least two of Cera’s managing directors of Cera sit on Cera Ancora’s Board.

Cera is a cooperative financial group with a dual mission:

Almancora Société de gestion SA is the statutory manager of KBC Ancora SA. In this capacity it sets out the policy for KBC Ancora SA. Its Board of Directors comprises at least four member representatives of Cera, at least two managing directors and at least three independent directors.